This year, our Summer Reading theme is Imagine Your Story. We are inviting children in grades 2-6 to participate in our Tell Your Tale: Share Your Stories program. Every week, we’ll share creative prompts that children can respond to by submitting 400 words or less on our website. Every Thursday at 5pm, we’ll share some of the stories we receive on our Facebook Live program! This week’s prompts are:

Option 1: In older stories, the characters don't have the cool technology we do today. Think of a story in which you could save the day with our tech!

Option 2: You have access to a time machine and you can go anywhere at any time (future or past). Where (and when) do you go? What do you do when you get there?

We can’t wait to read your children’s imaginative responses and to share them with our community!
Posted by Children's Focus at 9:57 PM No comments:

April is Poetry Month and we definitely need a poem that puts a smile on our face. 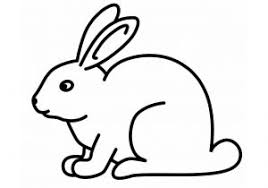 The Antiseptic Baby and the Prophylactic Pup
Were playing in the garden when the Bunny gamboled up;
They looked upon the Creature with a loathing undisguised;—
It wasn't Disinfected and it wasn't sterilized.

They said it was a Microbe and a Hotbed of Disease;
They steamed it in a vapor of a thousand-odd degrees;
They froze it in a freezer that was cold as Banished Hope
And washed it in permanganate with carbolated soap.

In sulphurated hydrogen they steeped its wiggly ears;
They trimmed its frisky whiskers with a pair of hard-boiled shears;
They donned their rubber mittens and they took it by the hand
And elected it a member of the Fumigated Band.

There's not a Micrococcus in the garden where they play;
They bathe in pure iodoform a dozen times a day;
And each imbibes his rations from a Hygienic Cup—
The Bunny and the Baby and the Prophylactic Pup.

Posted by Children's Focus at 12:51 AM No comments:


After 50 Years of celebrating Earth Day we see pollution rising and the earth replenishing itself. While a pandemic has made us realize we have a lot to learn about ourselves and the planet we live on, let us celebrate that change is possible.

Posted by Children's Focus at 3:53 AM No comments:

During this time when home should be a place of safety and  refuge many women and children maybe experiencing violence and fear for their safety. If you or anyone you know is experiencing mental or physical abuse please reach out for help for your own safety.

The Hotline provides lifesaving tools and immediate support to empower victims and survivors to find safety and live free of abuse. They also provide support to friends and family members who are concerned about a loved one. Resources and help can be found by calling 1-800-799-SAFE (7233).

If it’s not safe for you to call, or if you don’t feel comfortable doing so, another option for getting direct help is to use our live chat service here on this website. You’ll receive the same one-on-one, real-time, confidential support from a trained advocate as you would on the phone. Chat is available every day from 24/7/365.

Posted by Children's Focus at 5:35 PM No comments: